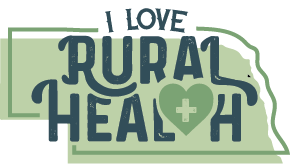 The Future Of Rural Health

The Future of Nebraska Rural Health

Rural health providers across America continue to face a growing series of challenges — magnified by the public health crisis of the early 2020s. But with each challenge comes opportunity and hope.

The increasingly sparse population in many regions of Nebraska has, in some cases, resulted in shrinking volume of health care services and a less healthy population.

In fact, 66% of Nebraska counties have been deemed medically underserved, and at least 91 of Nebraska’s 93 counties suffer a primary health care shortage in at least one specialty.

Nebraska is not alone. Nationally, the ratio of primary care physicians per 100,000 patients is only 39.8 across rural regions, compared to 53.3 in urban America.

Nebraska’s rural population is also aging. Nearly 20% of rural Nebraska residents are over age 65 — compared to about 11% of urban residents. What’s more, a 2015 study declared nearly 40% of the state’s family practice physicians over age 55.

UNLEASHING A FUTURE OF HOPE

In the face of adversity, rural health care providers and advocates across Nebraska are more determined than ever to secure a healthy future for their hometowns.

Many hospitals and clinics are adapting to focus on population health — keeping people healthy instead of waiting for them to become sick or injured.

Nebraska is home to 10 of the nation’s top 100 Critical Access Hospitals (CAHs) as of 2022. Many of our state’s CAHs continue to expand specialty service offerings — meeting the needs of rural Nebraska by delivering access to high-quality health care services close to home.

Telehealth efforts, especial in mental health services, have rapidly expanded in the past two years. Federal payment guidelines continue to support mental telehealth and the expaNsive access it provides to Nebraska rural communities.